The Operations Reporting Widgets include:

The POD Collections report displays data on the number of Proof of deliveries that were collected during the Time Interval, as well as the Average Lead Time (ALT) (in hours), which is the span of time from when a POD was collected from a carrier, and sent to the Customer. 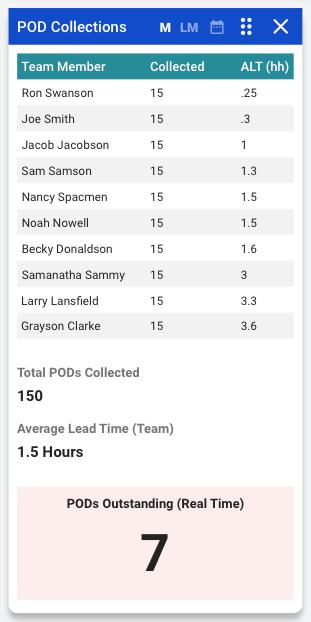 Below the table, display the following:

The Carrier Report displays data about Carriers associated with the brokerage. 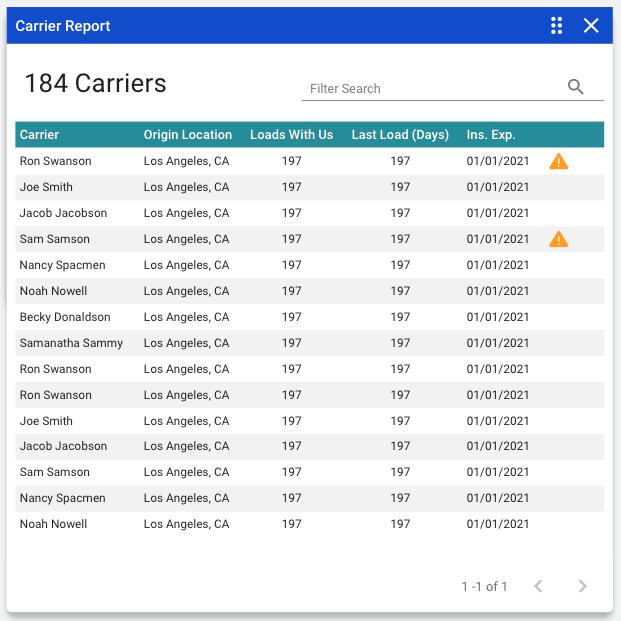 The widget includes the following elements:

This widget allows the user to look up one carrier by performing a text search, and once a carrier is selected, the widget displays data about the carrier. 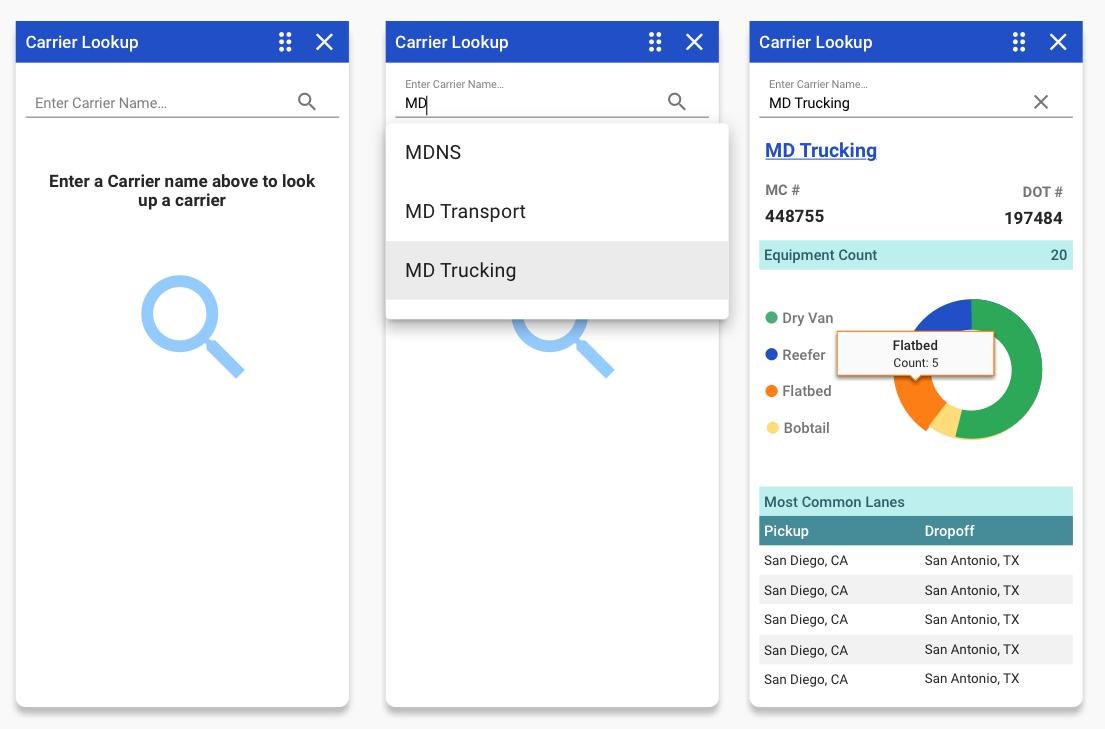 This widget has three states:

Best Lanes - This should display the 8 lanes that have the highest “Avg. GP” during the Time Interval

Worst Lanes - This should display the bottom 8 lanes that have the lowest “Avg. GP” during the Time Interval (can be negative)